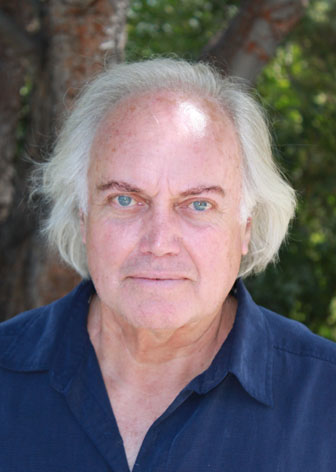 "This work with energy and music is the spiritual work for the coming age. The seed of the spiritual is found in the physical In the heart of the cells, in the spiral of the DNA, is written the divine story. When scientific research, spiritual practice and artistic expression work together, heaven and earth are in resonance."

Sound Therapy: "treatment based on the finding that human blood cells respond to sound frequencies by changing color and shape, and the hypothesis that therefore sick or rogue cells can be healed or harmonized by sound. The therapy was developed and researched by French musician and acupuncturist Fabien Maman.”

Fabien Maman is a musician, composer, acupuncturist, author, researcher, healer, teacher, “bioenergetician” and martial artist. As a musician/composer, he performed his original compositions in the great concert halls of the world, including Carnegie Hall, the Tokyo Opera, the Paris Olympia and the Berlin Philharmonic. He was the recipient in 1980 of the Grande Prix de Composition Francaise (Grand prize of French composition).

In 1977, Fabien became an acupuncturist, linking music with acupuncture. He created the now famous system which uses tuning forks instead of needles on acupuncture command points. 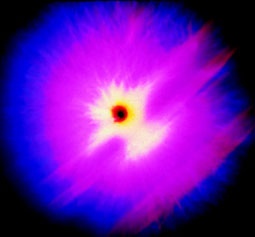 In the early 80’s, Fabien conducted his revolutionary biology experiments at the University of Jussieu in Paris, showing the impacts of acoustic sound on human cells and their energy fields. Fabien found that through a series of acoustic sounds, he could explode cancer cells, as well as energize and empower healthy ones. (For more information click here for Sound/Cellular Research)

This would become the driving theory behind Fabien’s life’s work: 'that blockages in our subtle energy fields can result in physical illness if they are allowed to crystallize, and Sound, Color and Movement® are the most effective tools we can use to dissolve these negative energetic patterns.’

For nearly 30 years, Fabien has created research and practical applications to balance the body, mind and spirit through the subtle energy fields. He has created more than 30 techniques through his Academy, each of which, took nearly seven years to test and apply. He is in the process of developing at least 20 more.

Highlights of Fabien’s work include: 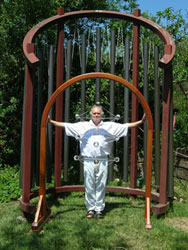 Fabien has taught and lectured around the world including College de France, Atman College de Osteopathie de Nice, Academic Hospital of Leningrad, the Bristol Cancer Clinic in England and IBRACHI, the Acupuncture College of Sao Paolo, Brazil. He also teaches every summer for his Academy in the South of France.

In the United States, he was a key speaker for the World Research Foundation, the 11th Congress of Alternative Medicine, and at the second and third Sound Colloquia. He has taught at the Portland College of Acupuncture, and, for five years, he has taught at the New York Open Center.

Fabian Maman is also the author of a series of four books: From Star to Cell: A Sound Structure for the Twenty-First Century. These books include: